Available on Spotify and all platforms: 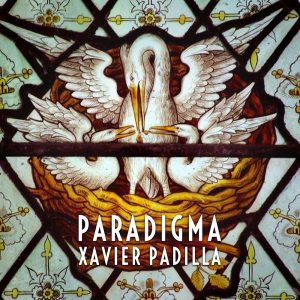 This is a truely hearted jazz samba. It’s got a « dream-comes-true » feel and, along with it, that of fullness. Feelings as these can be so extremely rare nowadays that sometimes I have imagined a land (a place) where any positive, colorful expressions of the human soul would be common and safely lived. That land is a utopic planet, of course. It’s sad to say so, especially knowing that we could have that situation over here. (HERE in the chest!). Sambas are already an expression of exuberance, of love for life, whereas their extension into jazz can only enhance a great deal the depth and freedom of that expression. Utopias aren’t therefore totally impossible: music along, for instance, is an irrealistic privilege we keep enjoying for real, as much as we can.

Wings are better, but as mortal bipeds we can’t get wandering in higher places too long without bridges. In this tune the theme is not composed of a theme but of bridges. Yes, every section of the theme is a brige to another bridge, and none is a place to stay –like any bridge– but to keep going. The journey is in a 3:2 clave Latin van, not running on the usual congas’ gasoline; here we are crossing the hills in another kind of analogic charriot: just bass & drums. Following of course a carrot.

Elements of several musical genres share a place here: modal jazz, tango, rock, Cuban rumba. So one could say it’s a fusion piece. However, when the complexity of a tune becomes too obvious, fusionistic attempts are vane. The goal of fusion music, as with any style of music, should be to produce pieces that do not reveal easily, at first glimpse, their components, but show us an almost indivisible integrity; in other words, the role of each element in them should be really indispensable to the whole. That’s a pretty classic concept in art and it is what gives a tune a personality on its own. I doubt this tune can easily be decomposed. Modern times are already nothing but unarticulated complexity. They don’t make up for anything unique and apart, as a stained glass medieval window.

« Conga » is a Cuban rhythm, not just the name of the famous percussion instrument. That rhythm is also known as « comparsa. » Comparsa is a carnival procession, with people dancing around joyous music along the streets. This tune features the rhythm conga, not the instrument. The spirit of that rhythm has been assimilated here to the electric bass, which is in this occasion the instrument that holds down the groove with a characteristic sixteenth-note pulse throughout. The long melody notes webbing through the slow chord changes of the theme counterbalance this speedy bass line. The recording of this tune was a carnival-inspired reunion, where musicians were invited to have a good time, which we definitely had!

There is a 6/8 musical genre called Onda Nueva, which emerged in the sixties in Venezuela and still is pretty much unknown to the world. It is basically a marriage between a folkloric local style called joropo and the Brazilian harmonic colors that came along the Bossa Nova era. In order to play Onda Nueva, a musician must be aware of all the « rhythmic games » proper to joropo and be able to put them into action within an extended harmonic frame, which is precisely the thing that joropo in its pure form does not allow because of its essential harmonic simplicity. People like Aldemaro Romero and Frank “Pavo” Hernández (his drummer) found in the sixties a sort of formula that ended up being this new genre, a real one that didn’t interfere with the sources and brought along its own new codes. This tune is my modest contribution to the Onda Nueva repertoire.

A jazz samba inviting us to relax in our inner jungle, to wander around a bit making silly faces, and mock about our serious selves. Let the bass be the king of harlequins, and steal you a smile, but like the one which would’ve saved Narcisus’s life.

In 1997 I had a wonderful 3-month gig at luxury hotel in Bangkok, just in this avenue. The hotel food was amazing, and we had the best of conditions. Access to all facilities, menu à la Carte and even Room Service. On top of that, our band was free to play whatever we wanted to play. We could even play originals! It was my first hotel residency gig ever, and subsequently I thought that all hotel gigs were like that. About 12 years later I ventured again as a musician into the Asian hotel realm, to shockingly find out that what I had lived in 97 was actually an exceptionally good and extincted gig species. I composed this tune while in that marvelous hotel suite, and named it after it’s location. Sometimes the best we can tell about a song is the place where it was born.

This one is an Onda Nueva tune (a contemporary folk-fusion Venezuelan musical genre), but its theme and structure does not have the same song-like properties known to the genre. Also it’s a totally foreign lyricism to the style. We may not know it’s origin, but is a casual visitor, dressed up with new clothes, telling its pains on new lands. It claims (the tune) that the parts of its own being are in conflict but still work together. Perhaps a newborn dimension is on its way to become a unified hope. At least that is what it seems want. That’s why it insists at length on those same parts, which are slightly different every time they appear, but are just the same. I call it ostinati variations of an endless, merciless joy.